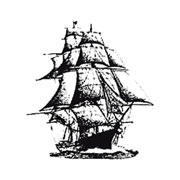 The Ulster Historical Foundation (UHF) and the Public Record Office of Northern Ireland (PRONI) would like to invite you to a presentation by Mary Jane Kuffner Hirt at PRONI on Wednesday 26 October 2022.

On Christmas Eve 1917, an overcrowded, out-of-control Knoxville #4236 street car exited the Mount Washington tunnel and crashed onto Carson Street in the City of Pittsburgh. Twenty-three passengers and pedestrians were killed; over 80 were injured. It was the worst transit accident in the city’s history. The crash scene was chaotic as bystanders and Pennsylvania & Lake Erie Railroad employees frantically worked to remove the victims from the crash site. Most of those passengers resided in just three local neighborhoods. In the aftermath, public outrage over the tragedy led to criminal prosecution, scores of civil suits and the bankruptcy of trolley operator, the Pittsburgh Railways Co. The Mount Washington Transit Tunnel Disaster, by Mary Jane Kuffner Hirt, relies on a variety of publicly available vital, census, coroner’s, court and corporate records to document the story. Dr. Hirt will discuss how clues provided in newspaper accounts led her to the documents that helped her weave the pieces of this story together.

Mary Jane Kuffner Hirt, Professor Emerita, Indiana University of Pennsylvania (IUP), taught graduate and undergraduate political science and public administration courses for 28 years. Earlier in her career, she served as the city administrator for two Western Pennsylvania municipalities. Dr. Hirt has a B.A. in Government and Public Service from IUP and master’s and doctoral degrees in public administration from the University of Pittsburgh’s Graduate School of Public & International Affairs. Over the last 17 years, her family research and writing has focused primarily on her Scots-Irish ancestors and researching the Mt. Washington Transit Tunnel disaster. Familia: Ulster Genealogical Review in 2017 published her article, “James Leech’s 1763 unlocks family migration story: Ulster to America.” Currently, as a local government consultant, she works primarily with financially distressed municipalities. PRONI quickly became one of Dr. Hirt’s favorite places to research when on her first visit in 2008, she found a treasure trove of material about the Lackey and Leech families. Almost a dozen visits later, she still looks forward to exploring the vast resources held at PRONI.

This is an onsite event.

For more information about the event and to book a ticket, go Here