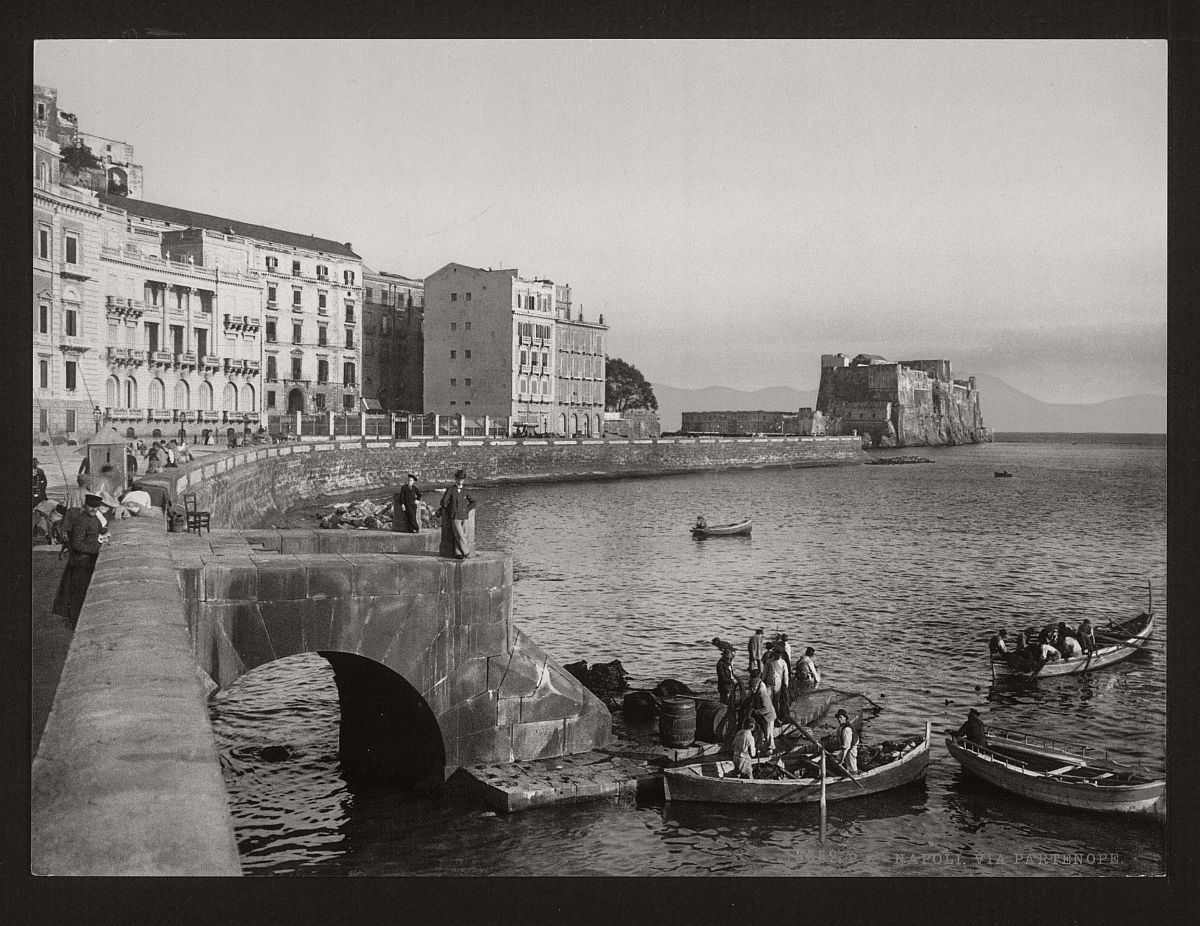 By the early 12th century the Normans had carved out a state in southern Italy and Sicily in areas formerly held by the Byzantines, Lombards, and Muslims. In 1130 Roger II, on uniting all the Norman acquisitions, assumed the title of king of Sicily and Apulia. The existence of this Norman state was at first contested by the popes and Holy Roman emperors, who claimed sovereignty over the south. In the late 12th century the kingdom passed to the Hohenstaufen emperors (the most notable of whom was Emperor Frederick II, king of Sicily from 1198 to 1250). Under these early rulers the kingdom was at the height of its prosperity. Politically it was one of the most centralized states of Europe, economically it was a major commercial centre and grain producer, and culturally it was a point of diffusion of Greek and Arab learning into western Europe.

After the extinction of the legitimate Hohenstaufen line, Charles of Anjou, brother of the French king Louis IX, gained control of the kingdom (1266), in response to an invitation from the pope, who feared the south would pass to a king hostile to him. Charles transferred the capital from Palermo, Sicily, to Naples, a shift that reflected the orientation of his policy toward northern Italy, where he was leader of the Guelf (pro-papal) party. But his harsh rule and heavy taxation provoked the revolt known as the Sicilian Vespers (q.v.; 1282), which resulted in the political separation of Sicily from the mainland and in the acquisition of the island’s crown by the Spanish house of Aragon. The episode had important consequences for both Naples and Sicily. In the struggles between the Angevins and the Aragonese that lasted for more than a century, the real victors were the barons, whose powers were extended by grants from the kings. In the prevailing anarchy, feudalism gained a firm hold on both kingdoms.

Naples enjoyed a brief period of prosperity and importance in Italian affairs under Robert, king of Naples (1309–43), but from the mid-14th to the 15th century, the history of the kingdom was a story of dynastic disputes within the Angevin house. Finally, in 1442, Naples fell to the ruler of Sicily, Alfonso V of Aragon, who in 1443 assumed the title “king of the Two Sicilies,” i.e., of Sicily and Naples. The title was retained by his son and grandson, Ferdinand I and Ferdinand II.

At the end of the 15th century the Kingdom of Naples continued to be involved in the struggles among the foreign powers for domination of Italy. It was claimed by the French king Charles VIII, who held it briefly (1495). Won by the Spanish in 1504, Naples and Sicily were ruled by viceroys for two centuries. Under Spain the country was regarded merely as a source of revenue and experienced a steady economic decline. Provoked by high taxes, the lower and middle classes rebelled in July 1647 (Revolt of Masaniello), but the Spanish and the barons combined to suppress the uprising in 1648.

As a result of the War of Spanish Succession (1701–14), the Kingdom of Naples came under the influence of the Austrian Habsburgs. (Sicily, for a brief period, was held by Piedmont.) In 1734 the Spanish prince Don Carlos de Borbón (later King Charles III) conquered Naples and Sicily, which were then governed by the Spanish Bourbons as a separate kingdom. During the 18th century the Bourbon kings, in the spirit of “enlightened despotism,” sponsored reforms to rectify social and political injustices and to modernize the state.

The Bourbon king Ferdinand IV was halted in his course of reform by the example of the French Revolution, which released a flood of republican and democratic ideas. These ideas appealed strongly to those liberals—middle-class intellectuals, nobles, and churchmen alike—who had seen the Bourbon reforms as designed rather to increase the king’s power than to benefit the nation. “Patriots” began to conspire and were countered by persecution. Ferdinand’s army joined the allied forces against republican France in the War of the Second Coalition—with disastrous results. Naples was seized by the French, and Ferdinand fled to Sicily. On Jan. 24, 1799, the Parthenopean Republic was proclaimed but was left unprotected. The city of Naples, abandoned by the French, fell to Ferdinand’s forces on June 13, 1799, after desperate resistance by the patriots. Before yielding, they had been promised freedom to remain or to go into exile, but, on June 24, Horatio Nelson’s fleet arrived, and Nelson, in agreement with the powers in Sicily, repudiated the terms of the capitulation. Many captured republicans were put to death. Ferdinand returned to Naples, but his further machinations with the Austrians and British exasperated Napoleon. After defeating the Austrians at Austerlitz, he sent his brother Joseph to conquer Ferdinand’s kingdom. Napoleon first annexed the kingdom to France, then declared it independent, with Joseph as king (March 30, 1806). When Joseph was transferred to Spain (1808), Napoleon gave Naples to his brother-in-law Joachim Murat. Under the French, Naples was modernized by the abolition of feudalism and the introduction of a uniform legal code, and Murat was deservedly popular as king. Ferdinand IV (later Ferdinand I of the Two Sicilies) was twice forced to flee to Sicily, which he held with the aid of the British.

With the Restoration of 1815, the kingdom, now officially called the Two Sicilies, eventually aligned with the conservative states of Europe. Because many in the kingdom adopted liberal ideas while the kings were more and more confirmed in their absolutism, political clashes were inevitable. Serious revolts broke out in 1820, when Ferdinand I was forced to grant a constitution, and again in 1848 under Ferdinand II, when Sicily tried to win its independence. The poor political and economic condition of the kingdom led to its easy collapse in the face of Giuseppe Garibaldi’s invasion in 1860, and both Naples and Sicily voted overwhelmingly for unification with northern Italy in the plebiscite of October of the same year.