It is time for one more version of “Carringers within the Information” – a weekly characteristic from the historic newspapers about individuals with the surname Carringer (my mom’s maiden surname) which might be fascinating, helpful, mysterious, enjoyable, macabre, or add info to my household tree database.

This week’s entry is from The File-Argus [Greenville, Penn.] newspaper dated 15 March 1919: 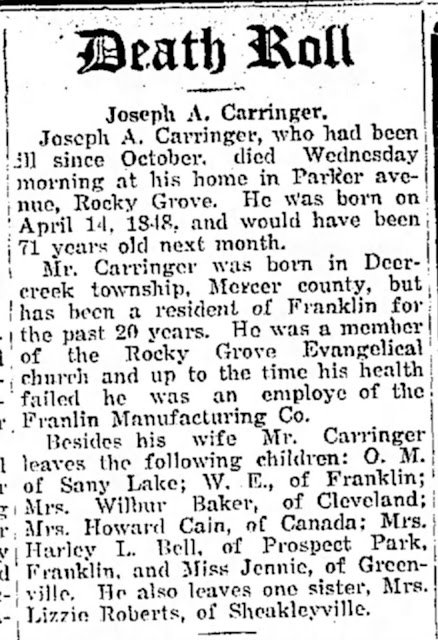 Please touch upon this publish on the web site by clicking the URL above after which the “Feedback” hyperlink on the backside of every publish.  Share it on Twitter, Fb,  or Pinterest utilizing the icons under.  Or contact me by e mail at randy.seaver@gmail.com.