How did Scandinavians go from being the most bloodthirsty warriors in European history to the very models of a well-behaved citizenry?

Viking society contained very little in the way of humane prisons, flat-pack furniture or Lego. Drunkenness, extreme violence and hyper-masculinity is what got them their territory, power and wealth. 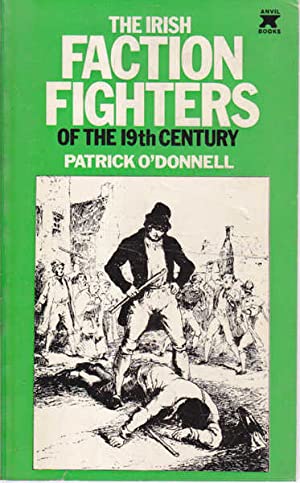 A recent reading of Patrick O’Donnell’s hair-raising Irish Faction-Fighters of the 19th Century (Dublin 1975) brought that transformation to mind. Like the Scandinavians, we have plenty of violence in our own past, though, as O’Donnell tells it, we were less goal-directed than the Vikings.

For about six decades after 1780, a craze for mass public fighting, usually at fairs or markets, swept across Munster and Leinster. In 1827 alone, 1001 “riots” were reported to Dublin Castle. Huge crowds could be involved, with opposing sides sometimes numbering several thousand, all armed with at least a good ash-plant or blackthorn stick, while some also carried guns and knives.

The vast majority of the fights were pre-arranged, and aimed for nothing more than the sheer joy of combat. And they came replete with their own ritual and ceremony. The set-piece taunting was especially rich: “Rams’ horns, rams’ horns, there’s nothing crookeder than rams’ horns” would come from the leader of one side. To which the other would respond: “I know something’ll be crookeder by tonight. Your skull”. The violence was anything but ceremonial, though. At Ballyeagh on the Kerry coast on a single day in June 1834 more than twenty people died and hundreds were seriously wounded.

From such casual ferocity to Ireland’s current doe-eyed docility is just as peculiar a change as the metamorphosis of Vikings into socially responsible feminists. It’s impossible to say precisely what caused these radical transformations, but I think at least two simple ingredients are involved: lots of time and more comfort. Given a few generations and decent central heating, everyone calms down.

But we should never forget just how alien the past can be.