This week’s document for transcription is from the 1845 Worcester County, Massachusetts probate file for the 1845 affidavit noting the death and children of Abigail (Sawyer) Seaver, the widow of Joseph Seaver of Sterling, Worcester, Massachusetts: 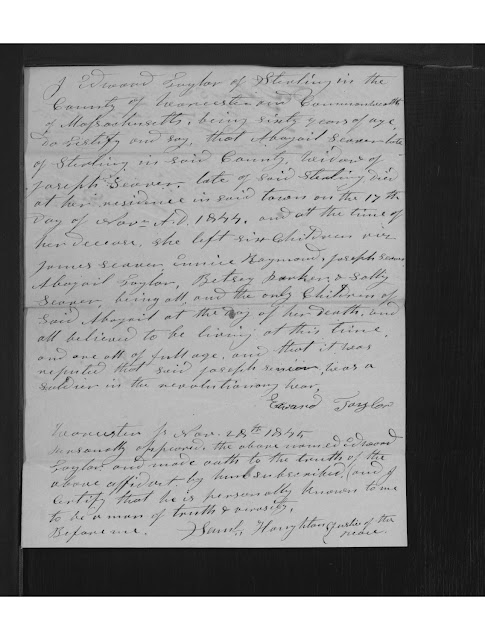 The transcription of this affidavit is:

“A person employed to write what another dictates or to copy what has been written by another.”

Read other transcriptions for records of my ancestors at Amanuensis Monday Posts.

Profile of the Day: Washington Irving