This week’s doc for transcription is the 1834 land deed report for Aaron Smith Sr., yeoman of Medfield, and spouse Mercy promoting 5 tracts of land in Medfield, Massachusetts to their son Aaron Smith Jr. for love and affection and $50 in money. 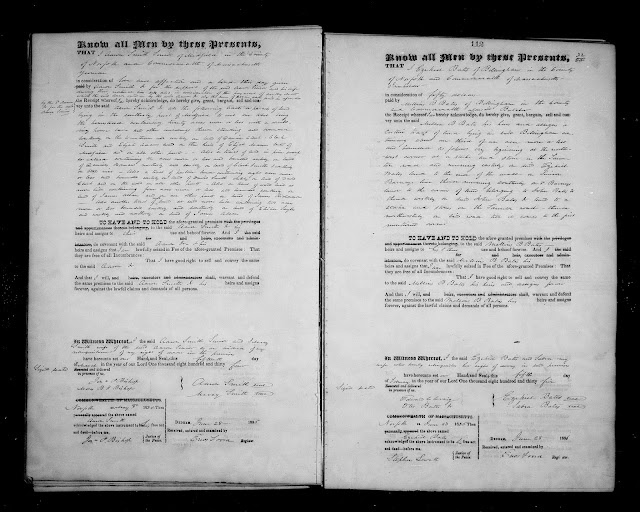 The supply quotation for this land report is:

Please touch upon this put up on the web site by clicking the URL above after which the “Feedback” hyperlink on the backside of every put up. Share it on Twitter, Fb, or Pinterest utilizing the icons beneath. Or contact me by e mail at randy.seaver@gmail.com.