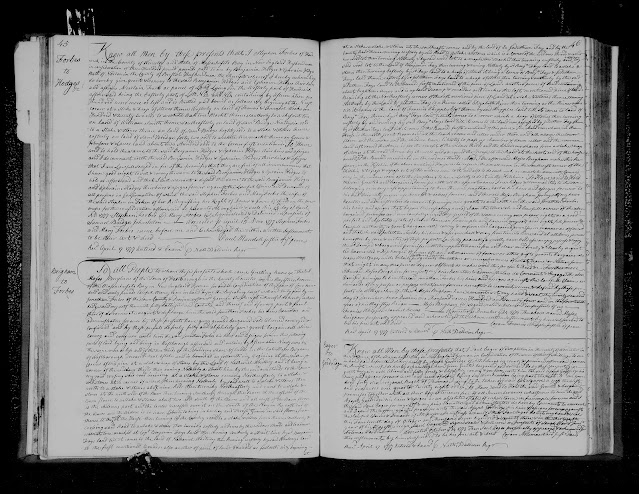 The transcription of this deed is (beginning in the course of the left-hand web page of the picture):

NOTE: Genea-blogger John Newmark (who writes the wonderful TransylvanianDutch weblog) began a Monday weblog theme years in the past known as “Amanuensis Monday.” John gives this definition for “amanuensis:”

Please touch upon this put up on the web site by clicking the URL above after which the “Feedback” hyperlink on the backside of every put up. Share it on Twitter, Fb, or Pinterest utilizing the icons beneath. Or contact me by e-mail at randy.seaver@gmail.com.