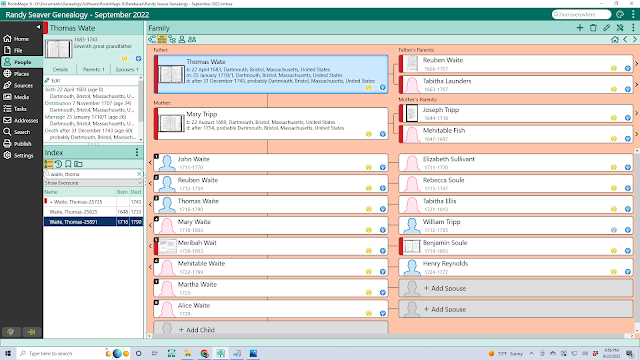 1)  PERSON (with source citations as indicated in brackets):

“Imprimis I will that after my decease my son Thomas Wait shall have halfe my farm or lott of land allready layd out and Exactly divided in ye midle at the foot and so to extend to the head with half my marsh meadow with half my priviledge of individual lands throughout the township of Dartmouth.  The said divided land and meadow to lye in ye south side of sd lott of land.”  His other four brothers received he other half of his father’s land.