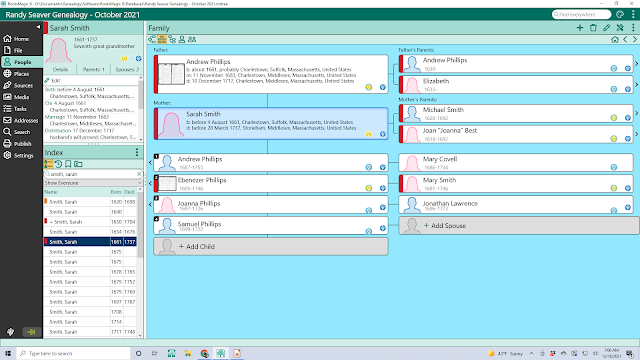 “Imprimus I Give & Bequeath to Sarah my Dearly Beloved Spouse One third of ye Earnings of my Property Dureing her naturall life & all ye Moveable Items inside My home & Ten Wire of Wooden yearly Lower & dropped at her home & ye Greatest Room in my home so long as she stays my widow.”